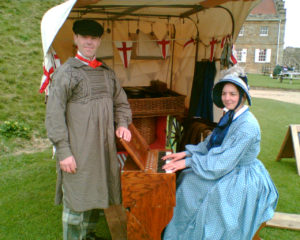 The music cart is back by popular demand – enjoy music from the time of George III and Nelson, along with contemporary musical themes used by the Tolpuddle Martyrs.

“Hautbois” are Rick and Nellie Heavisides, who use music as a vehicle for historical entertainment. They perform in costume, using a selection of reproduction musical instruments, and work from a reproduction hand cart which provides a stage.

The end of the eighteenth century saw the Age of Enlightenment where the people of Europe saw a new liberal future ahead. In England, the establishment saw the enlightenment as a threat and so the early 19th century experienced a fierce backlash as epitomised by the fate of the Tolpuddle Martyrs.  Listen to the music and stories of the world in which the Martyrs lived. 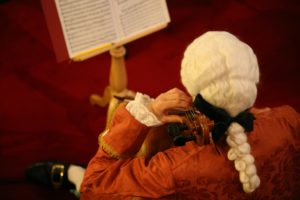 A wonderful evening in the company of Diablous in Musica, a lively, witty group of four professional, costumed performers, playing music from some of the best-known composers of the Georgian period, including; Purcell, Handel, Eccles and Rameau.

The concert will start with music from a local group (tbc).

Tickets: £10, will be available online, or from Wimborne Tourist Information Centre. 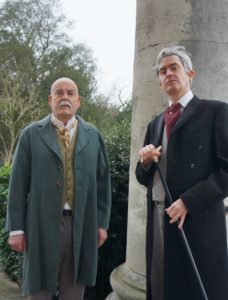 Theatre: ‘The Tolpuddle Martyrs and the Consequences’

This original production portrays the renowned story of the Tolpuddle Martyrs from a new viewpoint, shedding more light on the consequences of their actions and their experiences of working conditions in other lands.

We find George Loveless and old man now, reminiscing about his life from his house in London, Ontario.  He talks about;

He is joined by Lt Colonel James Frampton, who gives the tale another perspective, that of the land owner who feared unrest and objected to the new unions, one who thought the trial fair and the deportation appropriate…